As Pennsylvania gets pushed by Gov. Tom Wolf toward energy policy that includes joining a group of states with the ultimate consequence being a new tax burden placed on all state residents, more and more evidence becomes available that it’s the wrong policy for the commonwealth.

The governor’s executive action to force the state to join the Regional Greenhouse Gas Initiative (RGGI), which will impose a carbon tax on electricity generators that will be passed along to electricity consumers, is nearly complete as the rest of the world is seeing the negative results from so-called carbon “cap and trade” programs like RGGI.

Europe has thrown all of its eggs into the “cap and trade” basket and the continent’s nations are experiencing historic spikes in energy costs because renewable energy sources are coming up substantially short of production needs and current significant fossil fuel supply issues. Countries are clamoring for oil, natural gas and coal to try to meet their energy producing needs heading into a winter that many are predicting will be colder than normal.

“Cap and trade” isn’t as universally embraced in the United States, and the RGGI represents only 11 states: Connecticut, Delaware, Maine, Maryland, Massachusetts, New Hampshire, New Jersey, New York, Rhode Island, Vermont, and Virginia. Pennsylvania would make it 12. The limited number of participants within the coalition presents one of the biggest problems for the carbon taxation program.

The taxes imposed on electricity generators will not stop the use of fossil fuels in the production of electricity, it will simply push that production out of the RGGI states and into neighboring states. So, while Pennsylvania, should it eventually join the RGGI, could see fossil fuel use in electricity generation activities decline within its borders, that’s not likely to be the case just across PA’s borders in West Virginia and Ohio. And for Pennsylvania where we currently export energy to other states, RGGI and its associated reduction in energy production will equal significant job loss.

Proponents of the RGGI still have yet to explain how the environment is improved by reducing electricity production in Pennsylvania – because renewable energy sources aren’t capable yet of filling the hole created by the loss of coal, natural gas, oil and nuclear energy production – but, consequently, moving that production across the border. It’s not like there’s a bubble over Pennsylvania preventing whatever gets emitted in the air in Ohio and West Virginia from finding its way into the Keystone State. And, those states have less environmental controls than Pennsylvania. Moreover, model projections are that over the first 10 years of RGGI, CO2 emissions will be reduced by less than 1 percent.

If environmental protection is the primary goal of the RGGI, the scheme fails on a basic level.

Obviously, people like Wolf are looking to spend the hundreds of millions of dollars generated by the RGGI carbon tax. However, that won’t help Pennsylvanians whose electricity bills will increase, and who will be paying more for things produced by businesses who will likewise be stuck with higher electricity prices.

Don’t think it can happen? Look at England, where the International Energy Agency (IEA) reports electricity prices last month were almost three times higher than any other September in records dating back to 2010. Look at Germany, where electricity prices are nearly six times what they were a year ago, says the IEA.

The shortfall in energy produced by renewable sources will have much of Europe burning imported fossil fuels this winter – natural gas, oil and coal – to generate the power and heat they’ll need, which is rather counterproductive to the purpose of their carbon tax “cap and trade” program, i.e. reducing fossil fuel emissions.

And as recently reported by the Wall Street Journal, in California, because renewable sources are incapable of meeting the power needs of the state – because other sources that have been the backbone of the state’s electricity grid are being eliminated without enough renewable capacity to fill the created power generation hole – fears are mounting that there will be an electricity shortage and rolling blackouts in the coming years during warmer weather periods.

The other “dirty little secret” about renewables is that they currently don’t exist without fossil fuels.

Most of the solar arrays popping up everywhere in the U.S. are produced in China, which supplies more than seventy-five percent of the world’s polysilicon… much of it produced with energy from coal-fired power plants, the Wall Street Journal reported back in July.

China is hands-down the world’s largest coal consumer, and that nation’s demand, says the IEA, has jumped by more than 10 percent since the start of 2021 – that certainly isn’t a selling point for renewables or RGGI.

Don’t want to buy from China? Then expect to pay a lot more for those solar arrays from producers that use energy generated by more expensive sources. That will affect the price competitiveness of solar power, assuming the government doesn’t increase our taxes to further subsidize the renewable.

We should all be expecting to pay more for electricity, and plenty of other things, in the coming months because of the state of things right now: strained energy supplies, due in part to government policy but also the COVID-19 pandemic, and increasing demand as we emerge from the pandemic.

We shouldn’t be forced to endure that – or worse — for years to come as part of the RGGI when there’s no demonstrable environmental benefit. 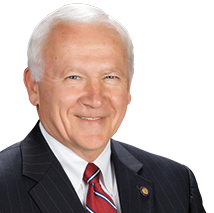 PrevPreviousPower PA Jobs Alliance: Disappointed, but not surprised by the approval of the Regional Greenhouse Gas Initiative of the politically stacked (not so) Independent Regulatory Review Commission.
NextOp-Ed: RGGI Fails Pennsylvania on its Most Basic Promise, Yaw SaysNext