Consol CEO: Joining RGGI would be disastrous to Pennsylvania

(Pittsburgh Business Times) – Leaders from the region’s building trade unions and businesses on Wednesday rallied in a park overlooking Pittsburgh against the carbon trading program Regional Greenhouse Gas Initiative, a move they say will devastate the coal industry and cost many jobs.

The Power PA Jobs Alliance wants to derail the Wolf administration’s plan to join RGGI, which sets limits on carbon dioxide pollution from fossil-fuel power plants and which advocates for the coal industry say will put the nail in the coffin of the coal communities, many in western Pennsylvania, that either have coal mines or power plants that run from coal.

Brock called joining RGGI “a disastrous policy decision” that would damage the coal industry that brings in $2 billion to the economy annually. He said a third of Pennsylvania’s mined coal goes to power plants in Pennsylvania.

“We hope to continue to sell coal to those power plants. That won’t happen if the governor gets his way, destroying thousands of direct and indirect jobs in Pennsylvania and increasing electrical cost to those who are most in need,” Brock said.

Darrin Kelly, president of the Allegheny/Fayette Central Labor Council AFL-CIO, said 270,000 Pennsylvania residents work in the energy sector, but it’s even more with the ancillary businesses that support those companies.

“Those are family-sustaining jobs that go from generation to generation,” Kelly said.

Shawn Steffee, business agent at the Boilermakers Local 154, said the decision to join RGGI will put southwestern Pennsylvania at a crossroads.

“If we choose to not push back and challenge Gov. Wolf’s executive order, then we have chosen a road of job loss, economic hardships, higher electricity prices, power plant closures and no future growth of coal and gas technology,” Steffee said.

Snyder said that the coal mines provide economic opportunities, with pay and benefits over $100,000, that aren’t available elsewhere in Greene County. She said she stood with the coal miners and the Power PA Jobs Alliance.

“When it comes to energy in this commonwealth, we have it all, we want it all, we need it all, and governor, we intend to keep it all,” Snyder said.

Brock drew a connection between what happened with the United States Steel Corp.’s decision to stop investment in an upgrade at the Mon Valley Works and what was happening to the coal industry with RGGI.

“We can’t allow investments at our power plants and energy resources to slip through the cracks like that did,” Brock said. 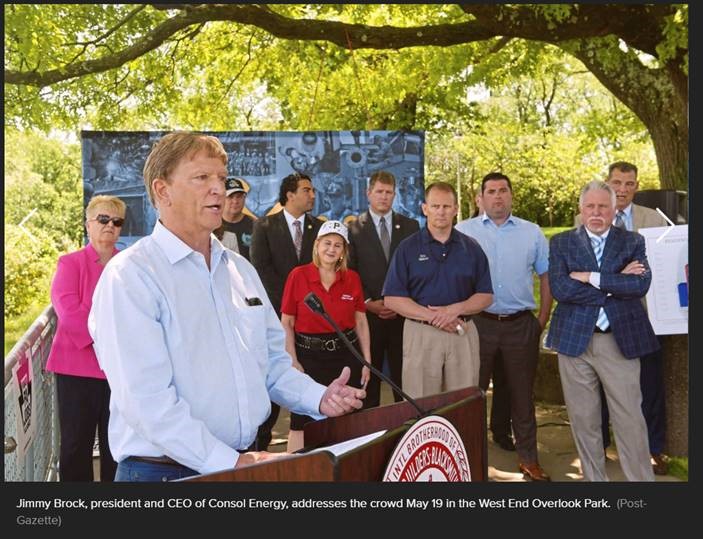